Just as we settled into our new life in the cabin, I began to receive letters. In the beginning there was just the odd one, but after a few weeks up here some form of letter or postcard had arrived almost every time we would take a walk down to the mailbox by the road. The letters were from friends and family, and to respond I brought out an old typewriter that has been gathering dust ever since the personal computer made it into our daily lives a number of decades ago.

What a pleasure to both receive and write letters! I have found myself really enjoying how you become bound to the path that your words take you, rather than being able to cut, paste or delete. It also requires me to change the pace of my thinking and writing for it to turn out alright. A different sense of time is called forth when I take out pen and paper or sit down with the typewriter. The clunky, mechanical noise our typewriter makes as I play its black keys into letters (in Courier Font of course), becomes a nice back-beat, dancing new thoughts into existence. Not so sure Embla and Ingrid enjoy it just as much as I do.

The writing of letters inspired Ingrid and myself to order a book with the selected correspondence between Gary Snyder and Wendell Berry. The writing around the actual letters is a bit of a disappointment but the correspondence is really great to read. It provides an interesting lens into these two great minds as they try to make sense of the environmental crisis and the responses from the growing environmental movement, from the early 1970’s onward.

As I was crawling around the attic the other day in an attempt to improve the insulation of the house (by pushing more saw-dust into the walls), I came across a number of old daily newspapers from 1957. I took a break from insulation work and with a flashlight in hand started leafing through the old papers, some of them barely holding together. To my surprise, the headlines were surprisingly similar to contemporary ones and mainly concerned with the Swedish National Soccer league, political scandals and international conflicts – the normal stuff. Another theme that stood out and was reported on greatly this year was the amount of deaths in traffic. Seemed to be some article about this in almost every newspaper I picked up.

Times change, and they stay the same, and this cabin is a bit of a postmodern museum. This Rolling Stones cover from 1983 is in some strange sense both dated and contemporary at the same time. While words and images become dated, their underlying meaning often stays the same. 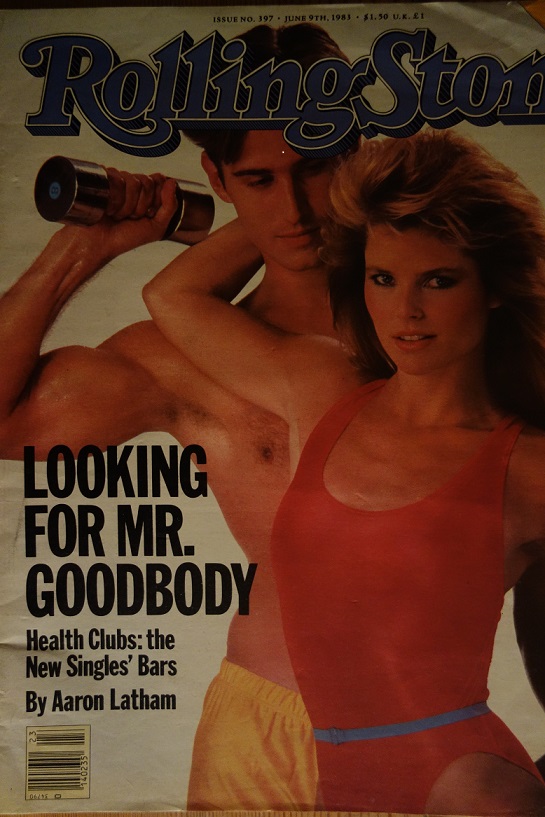 Time is an odd thing up here. I was thinking that the days would pass in a rather slow manner, being so far away from work and the distractions of the life in a city. I had assumed one would become a bit bored and find that time slowed down – sort of the feeling one often had as a child. The seemingly endless summer vacation, the long Sunday afternoons spent playing with Lego or running around on various adventures on the farm. Yet, the days here come and go in a blink of an eye.

In terms of daylight, the days are of course very short. Just under 5 hours between sun-up and sun-down now. We are reaching the end of yet another pendulum swing, rising and falling to the slow rhythm of what we know as the coming and going of seasons. Somehow, I was imagining these transitions to be incremental and slow, but the passing of autumn this year has been both dramatic and fragmented. A series of intense autumn storms brought lots of early snow, but the sun kept coming back to melt it, before the weather and land finally settled into a winter-temperament just a week or so ago – or so at least we think.

Who knows what will happen in the future, with the clockwork of climate change challenging not only the movement of the pendulum of seasons, but perhaps also its very existence. I was recently in Östersund to present a new commissioned report on climate change that my colleagues in Uppsala and I have put together for a number of Swedish Municipalities and Counties. In the report we have translated the commitments enshrined in the Paris agreement into global, national and local carbon budgets (the amount of emissions we still can emit before we transgress a certain temperature threshold). The headline message of the reports is that the world only has something like 14 years of current global carbon dioxide emissions left to emit, if we want to have a fair chance (66%) of not surpassing 2C (above pre-industrial levels). In other words: time is very short. When it comes to climate change, the hour is very late.

I picked up The I-Ching (Chinese Book of Changes) the other day with the question of climate change lingering in the back of my mind, and up came the image of Decay and the following judgement:

WORK ON WHAT HAS BEEN SPOILED

It furthers one to cross the great water.

Before the starting point, three days.

After the starting point, three days.

The I-Ching continues: “What has been spoiled through man’s fault can be made good again through man’s work. It is not immutable fate […] that has caused the state of corruption, but rather the abuse of human freedom. Work towards improving conditions promises well, because it accords with the possibilities of the time. We must not recoil from work and danger – symbolized by crossing of the great water – but must take hold energetically. Success depends, however, on proper deliberation. This is expressed by the lines, ‘Before the starting point, three days. After the starting point, three days.’ We must first know the causes of corruption before we can do away with them; hence it is necessary to be cautious during the time before the start. Then we must see to it that the new way is safely entered upon, so that a relapse may be avoided; therefore we must pay attention to the time after the start. Decisiveness and energy must take place of the inertia and indifference that have led to decay, in order that the ending may be followed by a new beginning”. 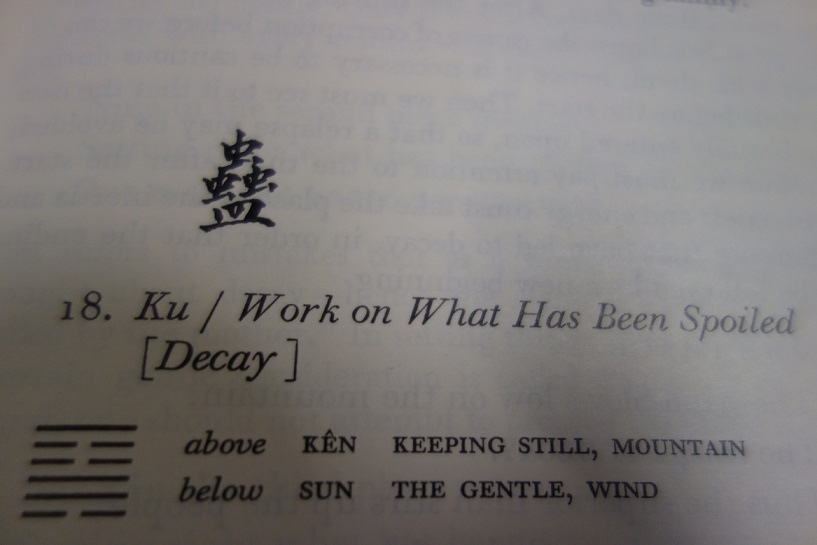 I’m not so sure this is sage or credible advice when it comes to responding to climate change. However, the more I have looked into climate change, the more I have come to see our predicament as one defined by time, and our perception of time. We are in an immense hurry to turn current emission-trajectories around, no doubt about it. The potential implications of not doing so, including the loss of life, are difficult to fathom and to fully take in. As time passes and if we do nothing, climate change is likely to also continue exacerbating inequalities from the local to global level. 50% of the global population are responsible for just 13% of global emissions, yet likely to be in the group most vulnerable to the impacts of climate change. The top 10% of global emitters are responsible for close to 50% of global emissions (see this very interesting report by Chancel and Pikkety for details).

What then, is the wisest and fairest possible way to rapidly and immediately decarbonize industrialized societies, not least the lifestyles of the top 10%, which will include myself and probably most of you reading this? Perhaps we need to immediately and rapidly slow down – and rather counterintuitively, take our time. Or take it back, perhaps. Before the starting point, three days. After the starting point, three days.

Can you imagine time itself slowing down? Almost as if you are being pulled into the reality of the presence, where worries and concerns about the future, or of the past, are pushed to the periphery of your mind. As if the space around you is alive with time. As if time is impossible to separate from the place you are in. As if time actually is there to be felt, and if it lets you, be bent. This is the sort of state I think we need to create more space, and time for.

3 thoughts on “How to Bend Time”