Mornings at the cabin usually begin in much the same way. After Embla finally coaxes us out of bed, we trudge out the door for a morning pee. Well, Embla doesn’t trudge, but bounds down the steps and dives in for her morning snow-rub. She plows in nose-first before plopping down on her back and wiggling from side to side, all the while keeping the beat with her shaggy tail. I usually abstain from this snow-bathing, but instead stand and take in the view of the snow-covered mountains and frost-rimmed trees. It really is a miraculous substance, snow. Droplets of water transfigured into billions and trillions of unique crystals that have locked hands and laid down to rest across the land in great swaths of white. They’ve gathered in voluptuous dunes around the house; we’re completely enveloped in crystallized water.

The snow becomes a carrier of messages, in a way. For example, it tells us when the wind has been here. It could be the signs of a gentle wind that has sent crystals tumbling to form soft peaks and smooth gullies. Or it could be markings of the raging, howling wind that has been here to carve out great tunnels and sculpt towering waves of snow and ice around the house. This wind has formed drifts of snow, several meters high, that hug the cabin like a tall, white collar. Standing atop these drifts I am suddenly floating high above my normal eye level. I look down at the top of the roof and realize it’s a view I’ve never seen before. New perspectives, snow-borne.

The snow also delivers communiques from other residents in the neighborhood. It’s easy to see when the hare has visited to search for stray seeds under the bird feeder. Or when the grouse have bedded down for the night under the birches around the house. Usually there will be scattered remnants of nibbled buds amid their criss-crossing and meandering tracks. If you’re lucky, you can see the delicate print left by their splayed feathers as they beat their wings for lift-off.

This snow-sent communication has also given me a better idea of why Embla stops to sniff a tree or veers from the path to follow a scent. Now I can see the tracks of hare or grouse, or a patch of yellow where another dog has left its fragrant memo. Although hopelessly handicapped when it comes to smell, the snow gives us humans a visual aid that brings our perception just a little more in sync with Embla’s.

Our daily outings with the dog have gotten longer now that we’re skiing. It feels like the circumference of our neighborhood has expanded. We don’t just do the loop over to the snow-covered river and back, we might take the ski-track on the other side of the road, across the marsh, or ski along the low ridge of Rävvålen to get a view of the mountains across the border to the west.

I guess that’s what it was like for the early peoples of this place, and the Sami. In winter the world got bigger. It was the time to travel, visit friends and transport goods. Vast expanses of land that are usually difficult to travel – wet marsh, river crossings and lakes, dense forests of bush and prickly spruce – are suddenly covered in a thick, white mantel. As if someone just unfurled a great blanket of pale velvet that softens the path through the forest and gives firm passage across the waters and swamps.

So you see, I have to conclude that snow is a world-expanding substance. It shifts our perspective, bringing new views and worlds into focus, and physically expands our daily world.

Photos of some of the sculptures and etchings the snow and wind have created for us so far this winter. Click to enlarge. 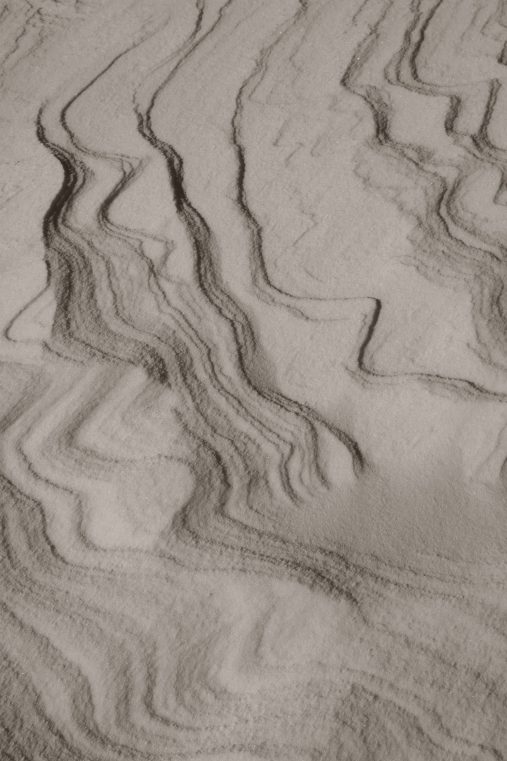 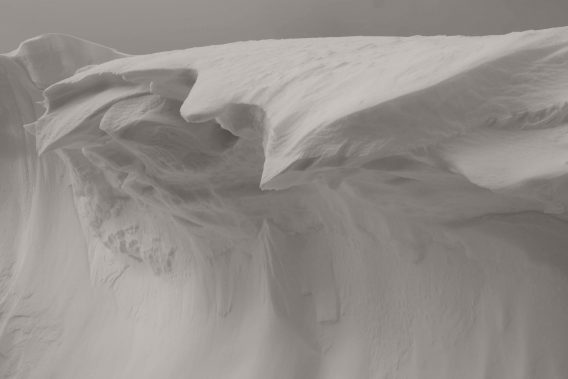 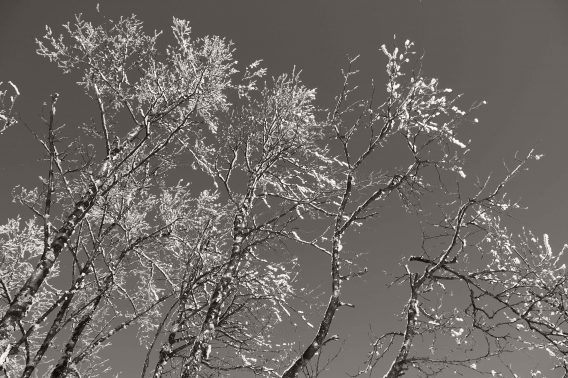 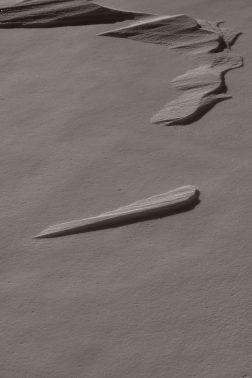 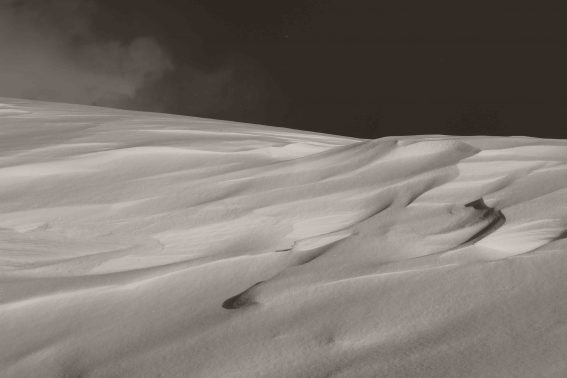 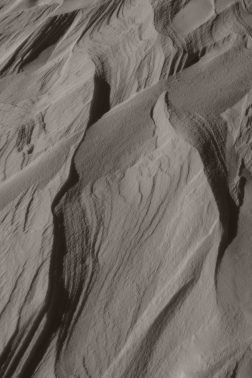 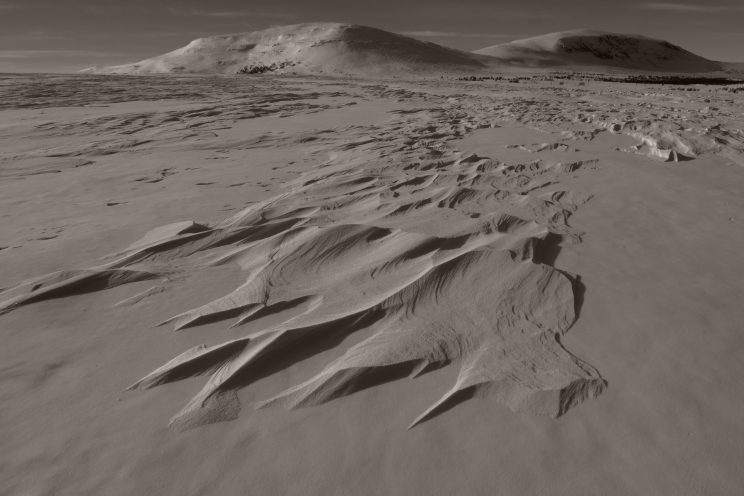 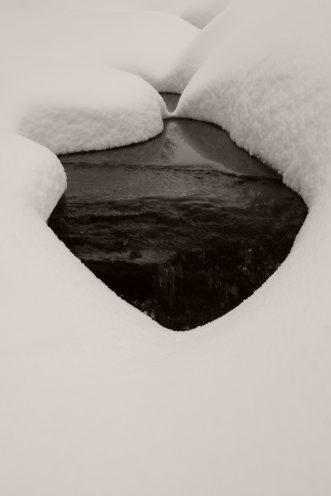 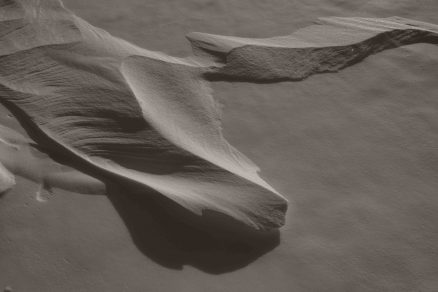 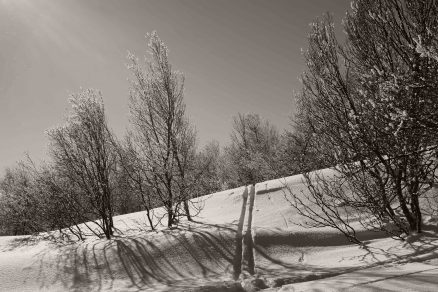 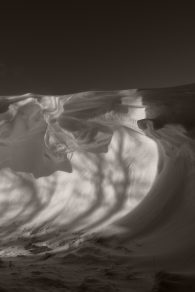 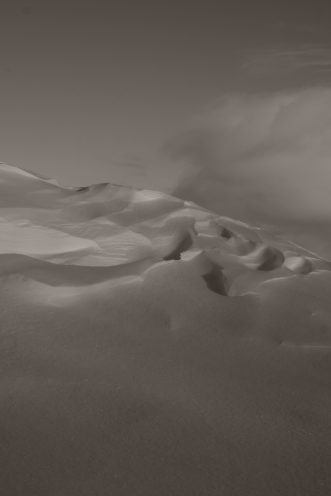 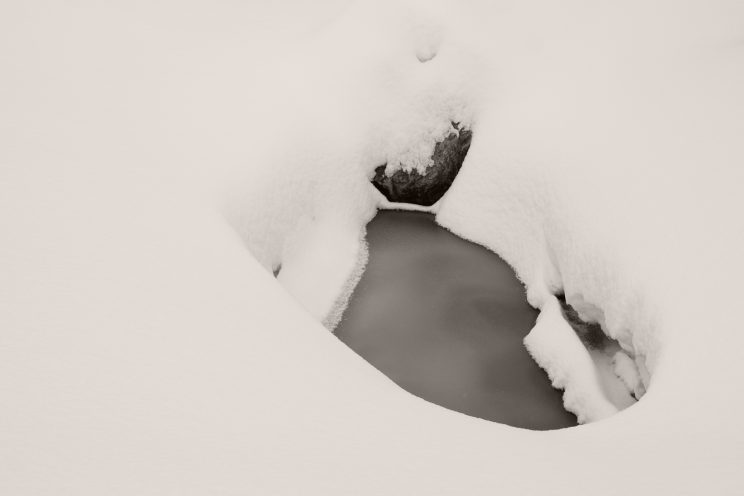